Netball is one of Australias fastest-growing sports owing to the efforts put in by Netball Australia in reaching new fans and engaging with players of all levels. One of the tools that Netball Australia, among other netball organisations, their sponsors, and associated brands use are Netball Inflatable Games.

Netball inflatable Games are specifically designed to engage with netball fans by creating tailored activations that can be easily packed and transported from location to location, with ease. This allows clubs, sponsors and brands to reach as many people as possible with minimal effort while maximising brand awareness. These custom inflatable games are not only extremely effective at increasing fan engagement across Australia’s sporting landscape, but can also transform events spaces to create memorable gameday activations that fans look forward to at professional netball games.

With an ever-increasing demand for netball inflatables, Giant Inflatables has created a line-up of tried, tested and trusted Inflatable netball games to complement the custom netball activations made over the years. 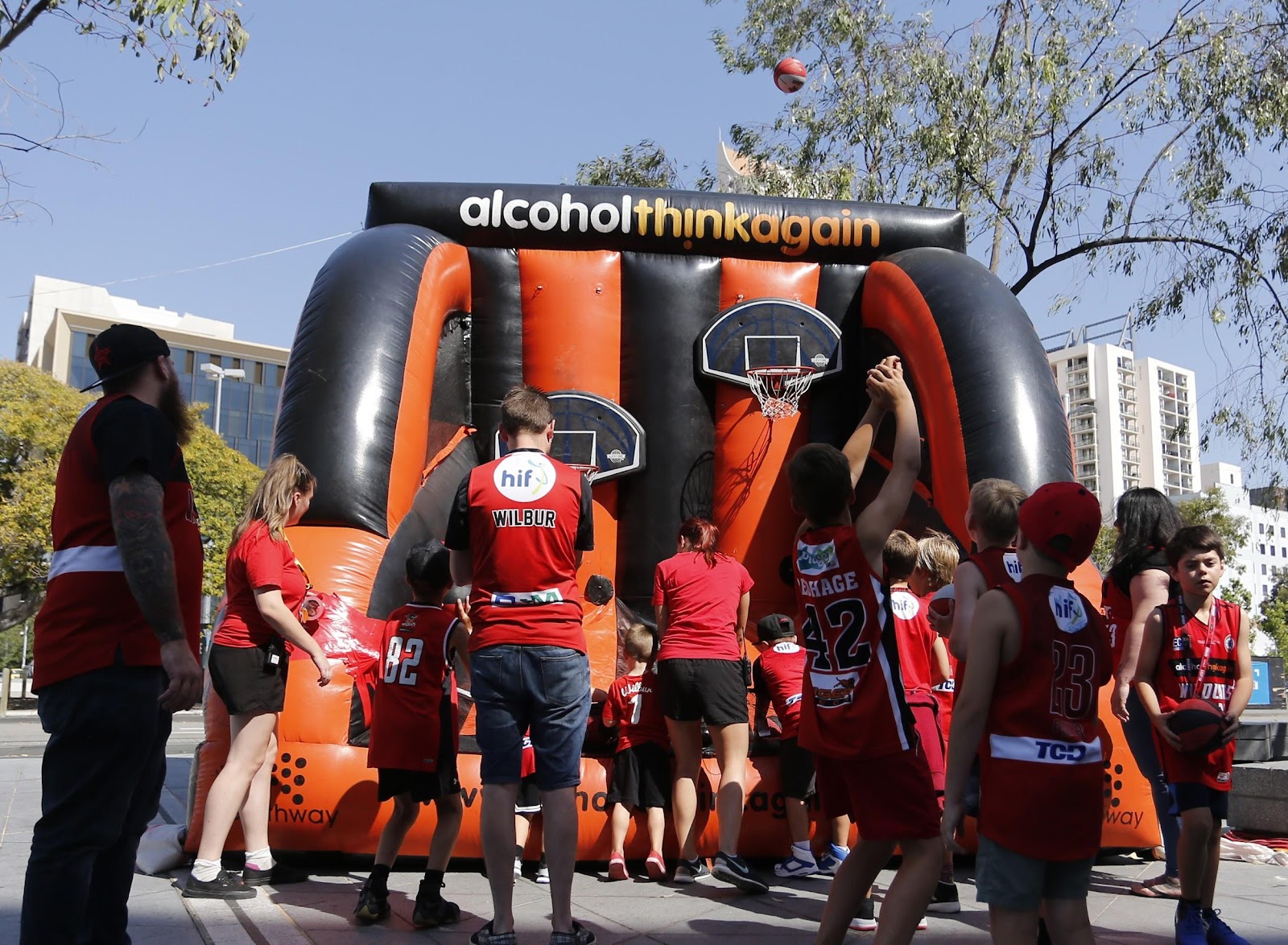 The Netball Shooting inflatable is played in an arcade-style, time-limited shootout, in which players throw as many netballs into the hoops (which can either be inflatable or removable solid rings) as possible. The return sheet under the ring returns the netball to the player allowing balls to be reused with ease.

Each inflatable is made to order so you will have your choice of branding and colour, as well as make any design changes to compliment your activation. 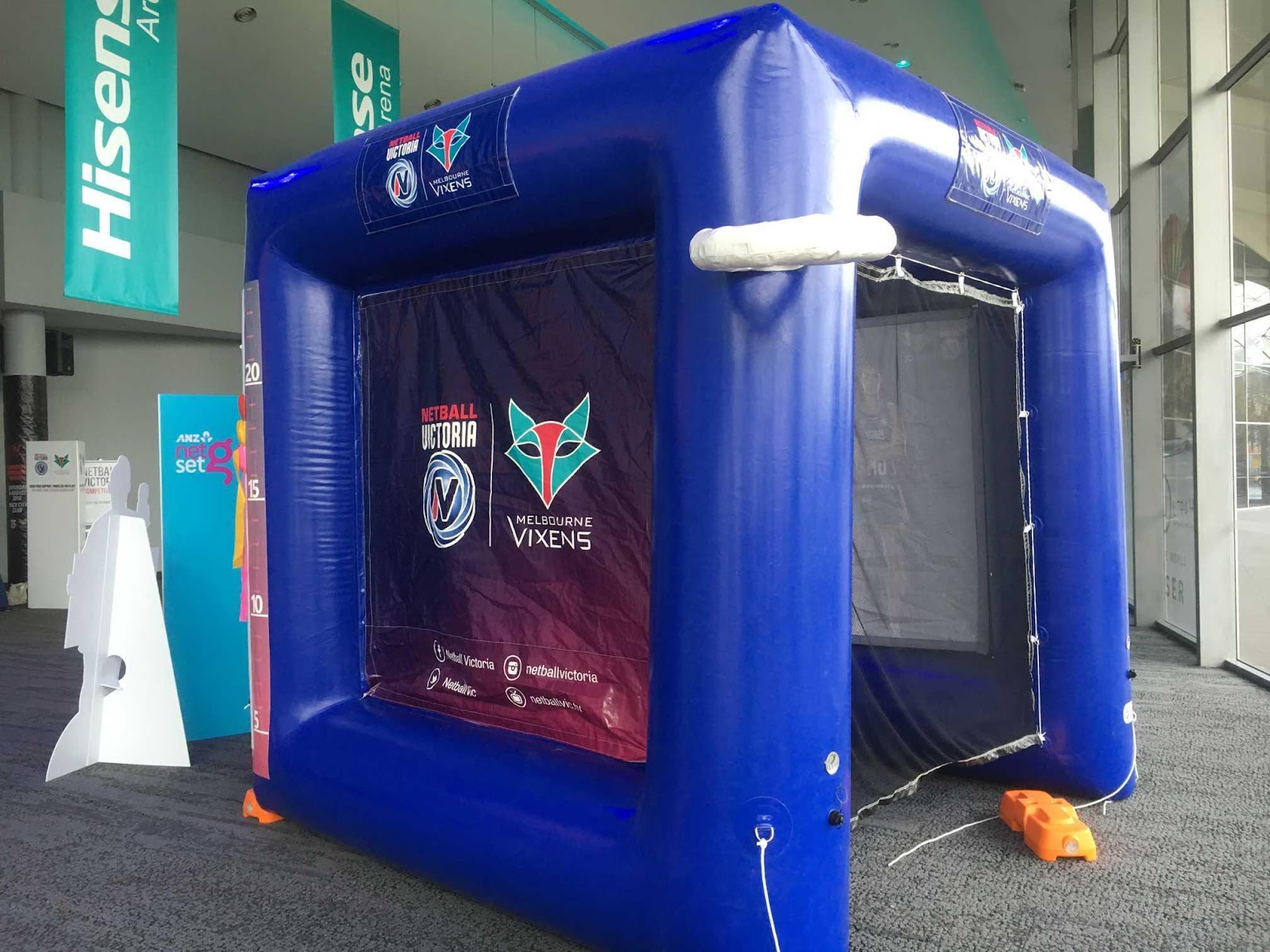 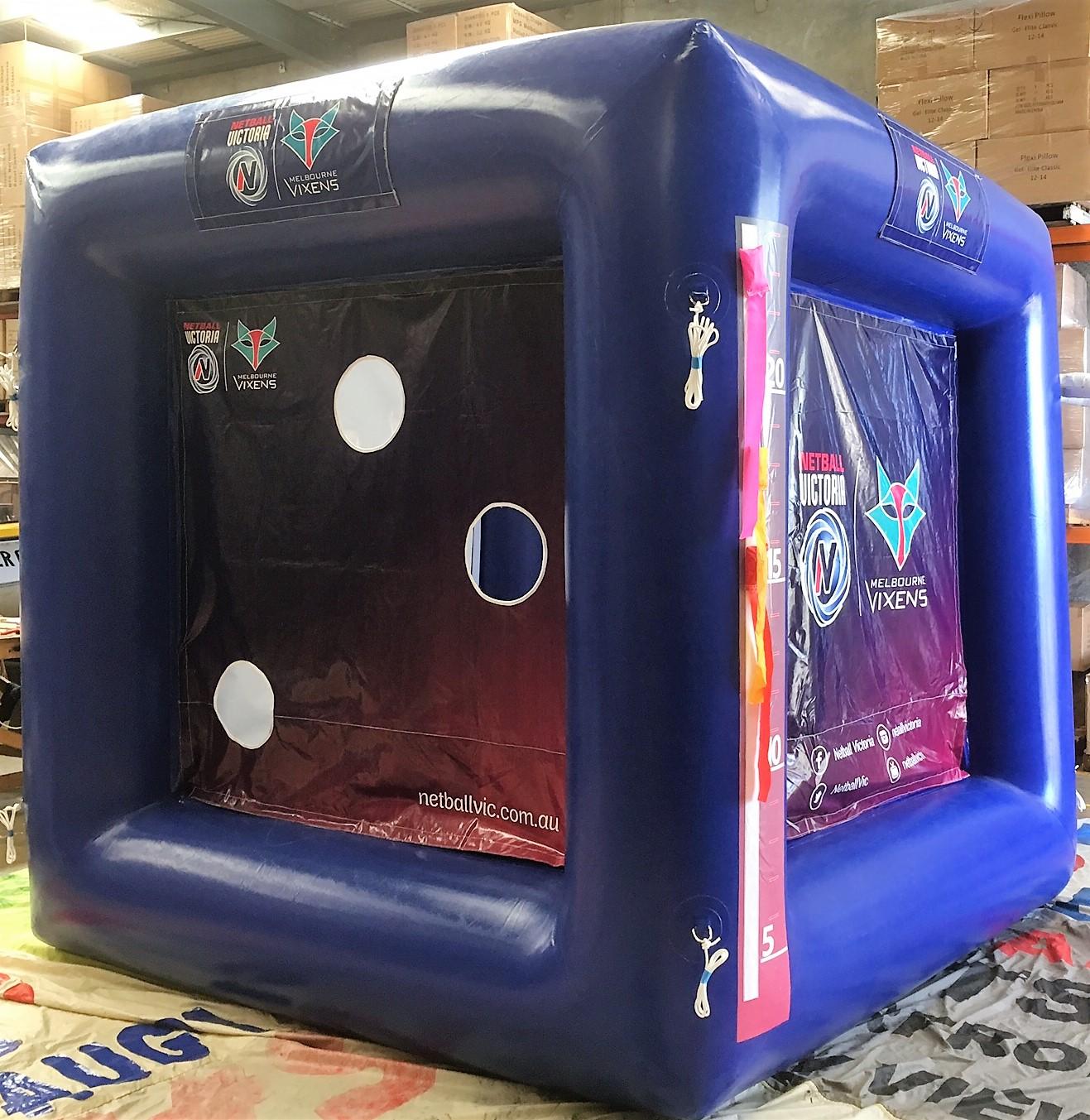 The Netball Game Cube is a three-sided inflatable multi-game that allows for three separate challenges to be undertaken at once. The simple form factor and tubular frame design of this netball inflatable allow for easy transport, weighing in at only 50kg, the Netball Game cube can fit in the trunk of a sedan or hatchback. Additionally, the game cube is available in both “constant air” and “inflate and seal” options allowing you to activate in areas with limited access to power.

Each of the three-game screens is digitally printed, ensuring that your brand is viewed in high definition, and the challenges on each screen can be customised by each client to tailor the experience for your activation.

Practical and straightforward, this inflatable game is a favourite among on-the-go netball organisations. 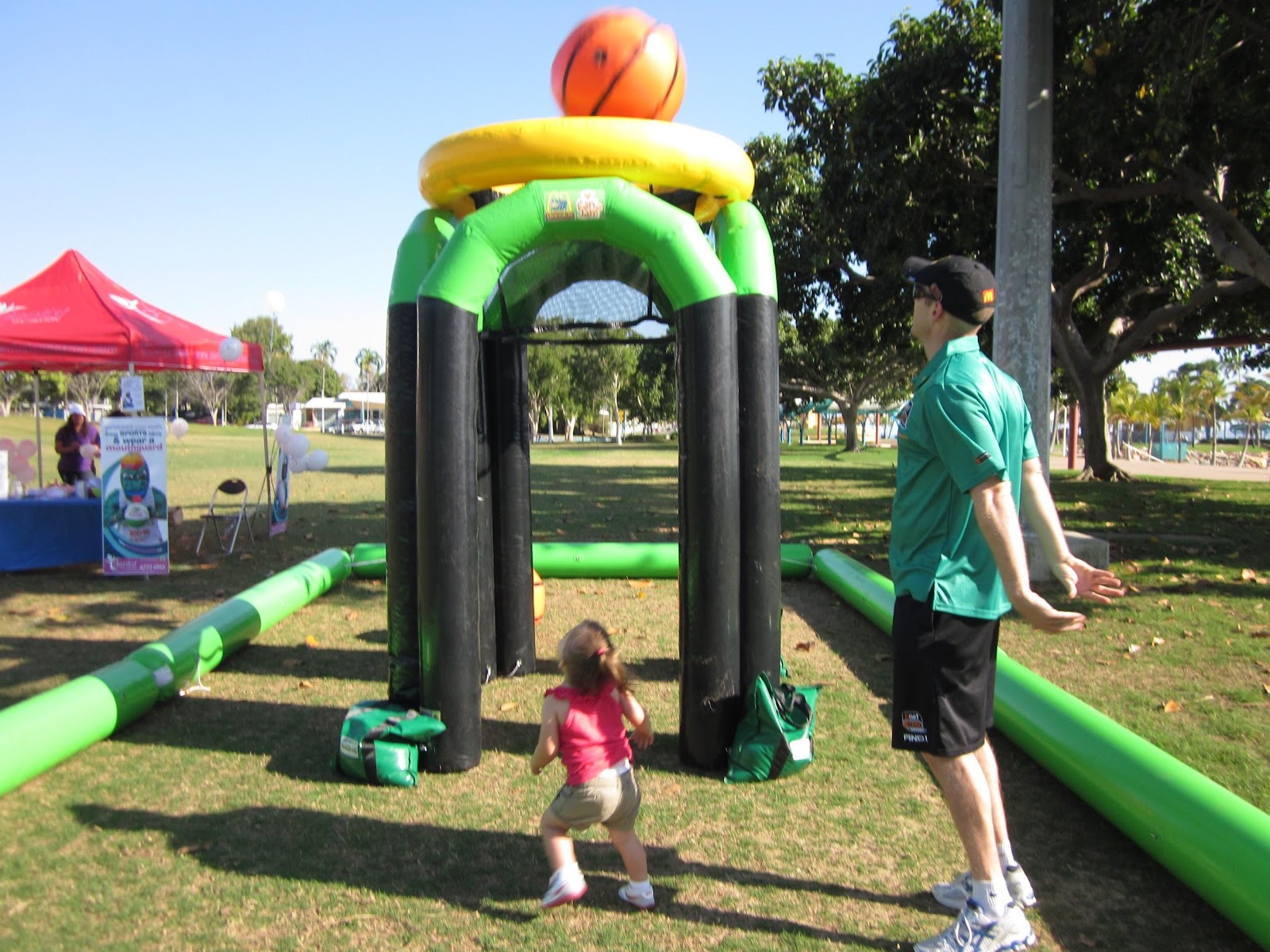 The standalone hoop is the smallest and most portable of the Netball Inflatables range. Ideal for younger audiences this inflatable weighs only 30kg and can fit in the trunk of any car. The standalone hoop is available in both “constant air” and “inflate and seal” options allowing you to activate in areas with limited access to power.

As with all of our inflatables, each client can choose from a range of standard colours and branding options to ensure their activation is ideally suited.

Our 20-year incident-free safety record and accumulated industry experience have helped Giant Inflatables become the trusted supplier to many of Australia’s leading sports and entertainment organisations, including Netball Australia, Cricket Australia, Tennis Australia, the NRL and A-League in addition to being official partners with AFL Victoria.

To find out more about our netball inflatables and how you can create impressive experiential marketing assets, get in touch with our expert team for advice and a free quote on email: sales@giantinflatables.com.au or on call: 03 9588 2626.

To view our full range of sports inflatables, visit www.giantinflatables.com.au.

"It all went great thank you. The arch was super easy to inflate and look very impressive!..."
- Sinead Whyte
"As promised. It worked perfectly! ..."
- Roslyn Irwin
"It was a great hit!..."
- Samantha Fudger
"We did our first inflation of our finish line this morning to much fanfare and applause.... WOW! What a fantastic job you and your team have done.... we are all very very impressed and it'll be an added feature to our Australia Day Swim that I am positive will be amazing for the end of the races.!..."
- Brendan Randall
"We've had a great response to the Handball Targets - our team enjoy using them at our activations...."
- Katie de Haer
"The inflatable looked amazing - exactly like our original sketch! Our client and the basketball club were also so happy with the end result. It has such a presence when inflated, it's hard to not come over and have a go. This will definitely be used for many events to come...."
- Maddy Shard
"The inflatable units created by Giant have proved to be incredibly valuable as a branding asset, as well as being easy to set up and incredibly functional. The units can survive the elements and the brand design is great to complement the activity in the family zones these are used in. ..."
- Chloe Jeffers - Thread
""You guys were great to deal with, and certainly made my life a lot easier knowing your team had it under control. In terms of the activation itself . The unit was a big success. There was rarely a time where we didnt have a queue of kids. And it certainly ensured NAB had a strong presence at the ground". - TLA..."
- Terence Lattanzio
Read All

Giant Inflatables custom parade floats are made to order and are limited only by the imagination. Wi

The Coronavirus global pandemic has shaken the world to its core, presenting many challenges for bus

At Giant Inflatables, we're different from other inflatables suppliers. With an in-house design team